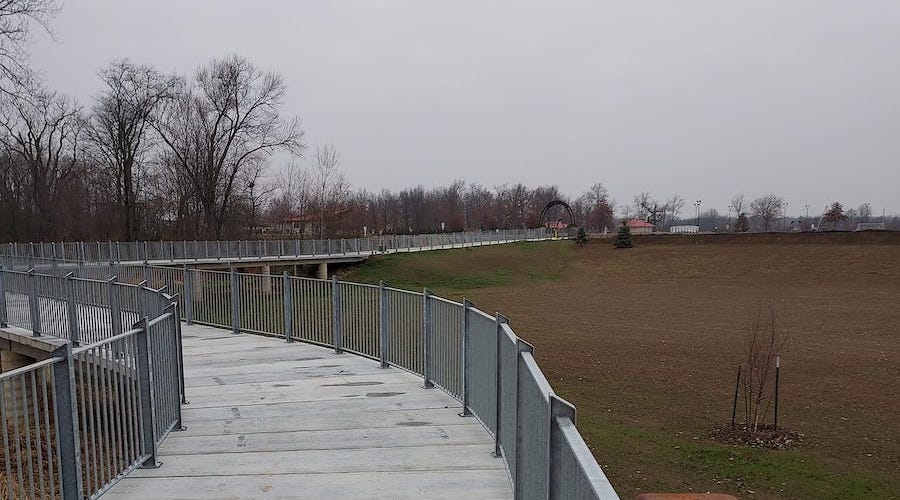 Ohio’s Kalida Lions Cub, a key supporter of the Kalida Park Board, was instrumental in the construction and completion of a first-of-its-kind recreation path in Putnam County – the Plum Creek Nature Area & Connecting Path.

The project began to formulate in 2008 while planning for the Village of Kalida neighborhood’s Four Season’s Park. Multiple surveys were conducted asking respondents what they look for and value most in a community park. The results overwhelmingly put walking paths at the top of the list. 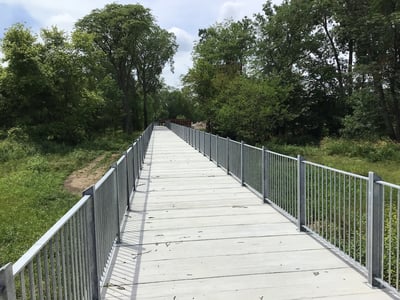 In 2016, the Kalida Park Board identified a 13-acre property, directly between Froggy Park and Four Seasons Park. The Board, along with the Kalida Lions Club and Village of Kalida, researched and secured a grant that allowed them to purchase the property and maintain it as a green space.

As grants require matching dollars, donations, and labor, the property purchase was ultimately obtained through an overarching community effort. In sum, $2,357,842 in grants were received for the project, along with an additional $351,577 in local cash donations and $170,405 of local in-kind material donations. Adjacent landowners donated seven properties and easements that allowed for the connection of the path between Froggy Park and Four Seasons Park.

In November of 2022, the Plum Creek Nature Area & Connecting Path opened for pedestrian and bike use. It includes an elevated walkway, four pedestrian bridges and almost a mile (4,521 feet) of walking paths that connect several subdivisions, neighborhoods, the Kalida Library, and Kalida High School. 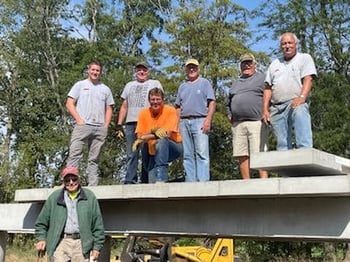 Kent Kahle, Harry Horstman, and Bill Rieman of the Kalida Park Board describe it as, “a very major project,” with 12,524 volunteer hours bringing it from a dream to a reality. Between putting together grant applications, general planning, and on-the-ground work, the Lions Club was a crucial proponent of the initiative from start to finish.

The largest active Lions Club in Ohio, the Kalida Lions club has over 175 members and is proud to have served in this endeavor. Together with the Kalida Park Board and the Village of Kalida, the Kalida Lions Club has helped to improve the community through the addition of the Plum Creek Nature Area & Connecting Path, creating an amenity that attracts newcomers and will be enjoyed by residents and visitors for years to come.

Kent notes, “I truly believe this project, as well as others going on right now in our Village, will help our community prosper into the future.”

How to Build a Boardwalk Over Wetlands: Top Down Construction